Yasmina Reza a comedy after the play God of Carnage 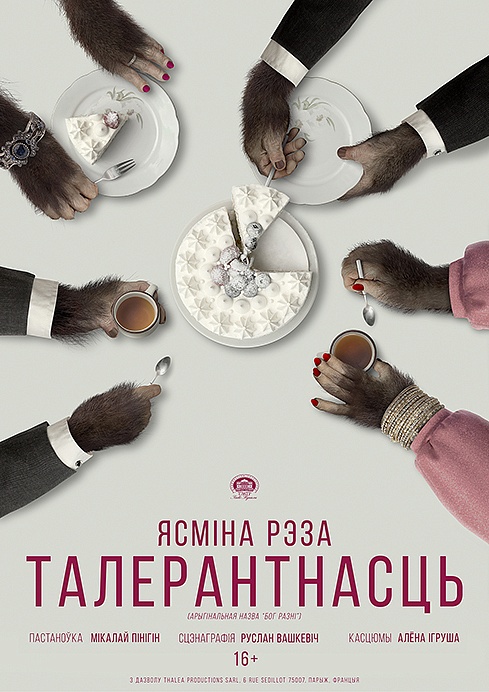 Two married couples are chatting in a room about a routine situation. What can possibly go wrong? As it happens, everything: what Tolerance conceals is God of Carnage looking for an opportunity to devolve a civilized conversation into self-exposing chaos.

The new production after a well-known play by Yasmina Reza whose ART has already been successfully running at the Main Stage for a number of seasons, is essentially a discussion of a conflict between two kids which becomes increasingly absurd and brutal enough to arouse and reveal the meanest instincts hidden inside of the seemingly tolerant, bourgeois protagonists.