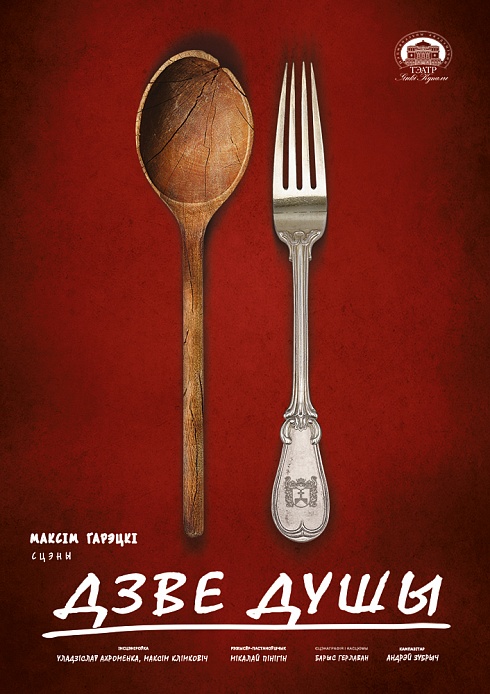 Two Souls is the first stage adaptation of the same-titled classic novel by Maksim Harecki. Peasant and landlord boys who had been interchanged in their cradles, political villains, girls in love, activists of the Belarusian Revival; all of them are trapped into the relentless turmoil of World War I, bloody dissolution of the Russian Empire, and early years of the Soviet Union. Two Souls is the story of an internal conflict of Ihnat Abdzirałovič, a Belarusian intellectual who is able to reflect on the complicated nature of the age and his role in it, to strive for ”the clarity of view on things ever unclear”.