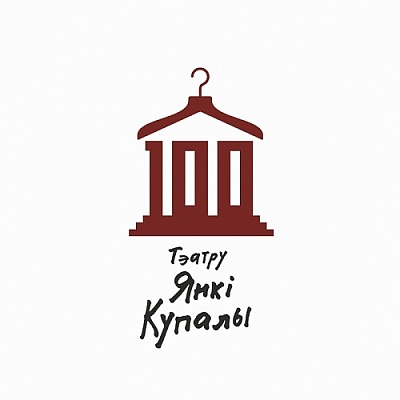 Today, on 3d of September, the Janka Kupala National Academic Theatre has started its 100th season!

As usual, the season was unveiled with the legendary Paŭlinka which has been running on the Main stage for almost 80 years.

The Janka Kupała Theatre is the history of the country itself, of the whole Belarusian culture, and all of us. That is why a number of events, new projects, tours, publishing projects, and, surely, premieres will be held during the centenary season.

The first production to be premiered on the stage of the theatre is King Lear by William Shakespeare, directed by Mikałaj Pinihin. The opening night is scheduled for late December 2019. The stage sets have been designed by Kaciaryna Šymanovič, the winner of the prestigious Ušakoŭ prize. She has already designed sets and props for Matches, Elza's Land, Radio Prudok, and our recent premiere Nobleman Zawalnia, or Belarus in Fantastic Stories (together with Siarhiej Ašucha).

The next production to be premiered on the Main stage is a non-verbal, plastic show directed by well-known Russian director Sergei Zemlyanskiy. The title of the performance is My Chagall. Its opening night is scheduled for March 2020.

Probably, the most expected premiere of the new season is the restored version of The Locals by Janka Kupała, directed by Mikałaj Pinihin. The first edition of the show became an iconic production in 1990th and was awarded the State Prize of Belarus in 1992.

The first premiere on the Chamber stage of the theatre will be directed by Raman Padalaka. His production will be titled 1/First. It is a verbatim composed by Raman Padalaka and Michaił Zuj who have already written the stage adaptation of Radio Prudok by Andrej Horvat.

Yet the theatre is more than just a plant-like production of shows. It is an institution that forms worldview and national identity. It is why the Janka Kupała Theatre intends to launch new projects, tours, and venues that will help to develop dramatic art in Belarus. Thus, in 2020 the Small stage will be open again at the historic building at 17 Enhiels Str., where our Printing Bureau works now. This multifunctional venue will be used to present performances, films, to hold musical evenings and concerts, and function as a modern art gallery.

The Janka Kupała Theatre plans to tour across Belarus (Homiel, Hrodna, Słonim, Baranavicy, Maladziecna, Babrujsk, Salihorsk, etc) and abroad, and to take part in several European theatre festivals. In September, Pinsk Gentry by Vincent Dunin-Marcinkievič will be performed in Białystok, and in December The Harvest by Pavieł Priazko will be presented in Paris.

The Janka Kupała Theatre will also broadcast live and free of charge its iconic productions through the video service VOKA. The first performance to be showed this way will be Radio Prudok after the same-titled journal by Andrej Horvat, directed by Raman Padalaka. The show will be broadcasted on 21 September. This production was the starting point of the collaboration between A1 and the Janka Kupała Theatre in 2018.

New projects that will be presented on the Chamber stage will be related to stories of historical figures, modern literature, and education. Legends of the Janka Kupała Theatre will tell the audience about prominent artists, directors, and designers of the theatre. Literature and Theatre will try to bring the modern Belarusian fiction to the stage of the theatre in the form of readings and sketches directed and performed by young directors and actors. Theatre Tours will show the audience the places they have never seen before, from the set department to the make-up department to the backstage. Musical Evenings at the Janka Kupała Theatre will also be continued.

The theatre also plans to launch an educational programme for schoolchildren. It will enhance their creativity, help them develop their expressive reading skills, and teach them how to write dramatic texts.

Several publishing projects will also be launched. The first one will be a theatre magazine. Its ambition is to both tell the story of the theatre and become the source of information about the dramatic art for all theatre lovers in our country. It will be followed by documentaries, TV spots, and a special book about the history of the theatre.

The Janka Kupała Theatre also cherishes an idea to perform Paŭlinka in Viazynka, the home village of Janka Kupała. This performance is expected to involve the biggest number of artists in the history of the theatre.

The Janka Kupała Theatre wishes to express its gratitude to all the sponsors of the centenary season: A1; BELAZ; Eximgarant of Belarus, BELGOSSTRAKH, and Kupala insurance companies; BelVEB bank and Belarusbank; SBH Law Offices; Diakonia; Belmet; and the Association of international pharmaceutical manufacturers.
← Back to list