The Harvest in Paris 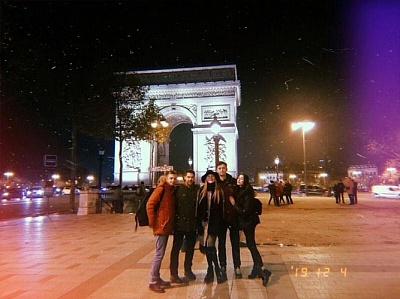 In December 2019, the Janka Kupala Theatre visited Paris once again to maintain the glorious tradition of touring to the French capital. The oldest theatre of Belarus has already presented there the classical works of Belarusian literature (Pan Tadeusz, 2014) and renowned French plays (ART, 2016). This time it was the turn of modern Belarusian dramatists as the theatre company artists performed The Harvest by Pavieł Pražko, one the most important writers of "the new drama", a well-known theatre phenomenon in Eastern Europe. The production was performed at l’Espace Beaujon with the support of the Belarusian Embassy in France.