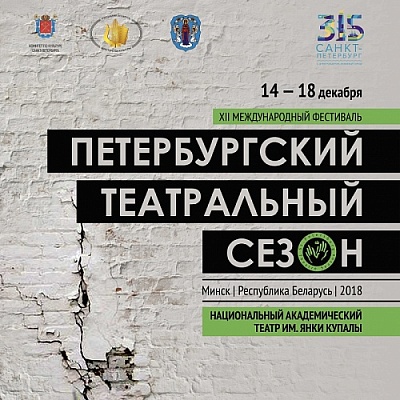 The festival has been functioning since 2007. It sets a number of cross-cultural goals, from widening cultural connections between Saint Petersburg and other renown theatre to exchange of ideas to the organization of large-scale cultural events. The festival has been successfully hosted at Berlin, Dresden, Belgrade, Tel Aviv, Haifa, Tbilisi, and Athens.

In 2018 an incredibly rich programme will be presented to the Minsk audience:

December 16, 19.00
Bolshoi Puppet Theatre
The Sky in a Suitcase, or Puppies in the Night
Lyrical clownery in one act.

December 18, 19.00
Baltic House Theatre-Festival
Do You Know What Love Is?
A lyrical comedy.
← Back to list