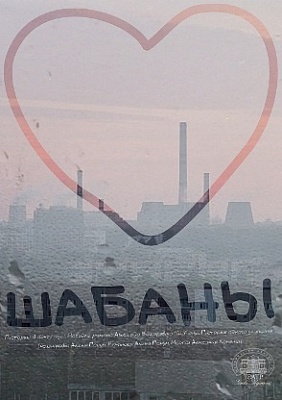 On December 29, Šabany by Alena Hanum after the same-titled novel by Alhierd Bacharevič was premiered on the Chamber Stage of the Janka Kupała National Academic Theatre.


It is the stage adaption of the same-titled novel by Alhierd Bacharevič, a modern Belarusian novelist. It is the story of a young writer who has returned home after years spent in Germany, intertwined with the story of a young woman named Safija whose husband has suddenly disappeared; the quests of protagonists are merging together, forming the story of Šabany, one of legendary Minsk urban districts, which tackles the issues of home, emigration and return.

"These issues are topical not only in our region but in the whole world. I wanted to talk about them", says Alena Hanum, director and the author of the stage adaptation. "I have been living abroad myself for a long time".

Set design and costumes were designed by Alaksandr Kamianiec. The music score was composed by Viktar Kiscień. Plastic movement was composed by Maryna Fiłatava. Artistic director of the production is Mikałaj Pinihin, the tutor of Alena Hanum in the Belarusian State Academy of Arts. 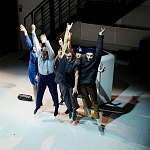 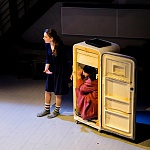 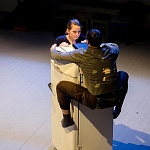 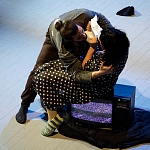 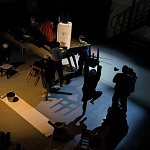 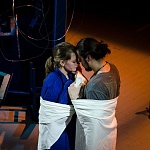 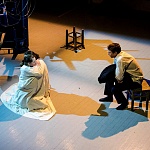 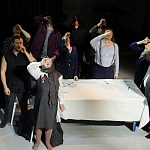