The Week of the Kupała Theatre Online 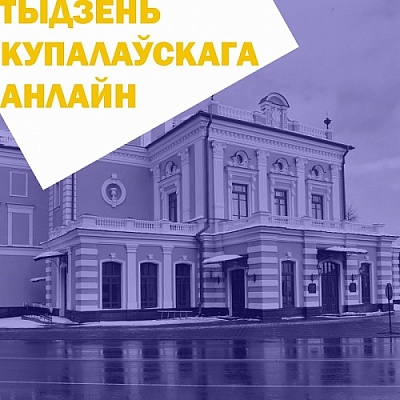 It is the first time the Janka Kupała National Academic Theatre starts the project “The Week of the Kupała Theatre Online.” The streaming schedule: You will be able to find the links to online streams and videos on kupalauski.by and the social media pages of the theatre from 18.00 to 22.00 on the day when it is streamed.
As General Director of the Janka Kupała National Academic Theatre Pavel Latushka pointed out, “the project aims to create an additional opportunity for the widest audience possible to watch the performances of the main drama theatre of our country, including connoisseurs of the Belarusian theatre art, Belarusian diaspore, Belarusian nationals who, for various reasons, have to stay abroad, and foreigners who are interested in theatre art”. During the week spectators will have an opportunity to watch a number of repertory productions of the Janka Kupała Theatre without having to leave their homes. The performances will be accessible from computers and mobile devices free of charge and without any territorial restrictions.

On 29 March the theatre will present the video of The School for Tax-Payers, a vivid and ironic French comedy by Louis Verneuil and Georges Berr. The video will be accessible through the link available on the web page of the theatre and its social media pages.

On March 31 the theatre will present the video of Weltmeister Accordion, a popular dramatic concert directed by Mikałaj Pinihin after songs by Mark Merman featuring the orchestra of the Janka Kupała Theatre.

On 2 April the theatre will present the video of The Harvest, one of the productions performed at the Chamber Stage of the theatre. The remarkable production was directed by Dźmitryj Ciško after the play by one of the most well-known Belarusian playwrights Pavieł Pražko.

You may also find detailed information on the project on kupalauski.by.

Our dear spectators, welcome to online streams of performances of the Janka Kupała Theatre!
← Back to list