The foundation stone was laid solemnly on June 26th, 1888 (old style). The building was designed by Karol Kazłoŭski and K. Uviadzienski. The City Theater was opened on June 5th, 1890 with an amateur performance after Octave Feuillet's The Sphynx. The first theatre season started on September 9th, 1890. At that day Mikałaj Paciechin’s Talk Of The Town was performed.

On May 1st (April 23d), 1917 the actors of The First Belarusian Company of Drama and Comedy, created by director and actor Fłaryjan Ždanovič, performed Janka Kupała’s Paŭlinka and Eliza Ažeška's (Orzeszkowa) In Winter Night at the theatre. 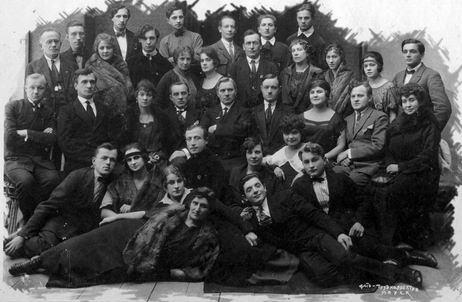 This company would found the Belarusian State Theatre (BST), which was opened on September 14th, 1920 in the building on 7 Engels Street, where the Minsk City Theatre was situated. This date is considered the date of the foundation of the Janka Kupała National Academic Theatre. During the opening night the Belarusian Company performed a stage adaptation of Eliza Ažeška’s novel The Lynx, the Jewish company performed Sholem Aleichem’s Folks, and the Russian company performed Anton Chekhov’s Wedding.

The actors of the First Belarusian Company of Drama and Theatre Ivan Ždanovič, G. Hryhonis, K. Sańnikov, Stefanija Staniuta formed the backbone of the new theatre. Soon this constellation of pioneers of the Janka Kupała Theatre was joined by U. Kryłovič, L. Ržeckaja, B. Płatonaŭ, V. Pola, V. Halina, U. Uładamarski, M. Zoraŭ, H. Hlebaŭ, S. Biryła, L. Rachlenka. This legendary generation was destined to become the first stars of Belarusian theatre and founders of the national acting school.

In 1921 the government awarded the young theatre an academic title to enhance its prestige. In 1926 the BST became the BST-1, after Belarusian state theatres had been opened in Viciebsk (BST-2) and later in Homiel (BST-3).

Until 1927 the theatre structure included its own choir (directed by Uładzimir Teraŭski), ballet company (directed by Kanstancin Aleksiutovič), and symphony orchestra (conductors - Kuper, Subašaŭ, Michajlaŭ). All of them functioned as separately. In 1933 the National Opera and Ballet Theatre was formed from the theatre ballet company and choir.

In 1940 the theatre was awarded the Order of the Red Banner of Labour. The Great Patriotic War found the theatre in Odessa, so the company had to cancel their return travel to Minsk and evacuate to Tomsk instead. There the famous Paŭlinka, which would become the theatre's hallmark, was staged by Leŭ Litvinaŭ. This play, which is still played at the theatre, was premiered on May 23d, 1944. The same year the theatre was renamed after the prominent poet and dramatist Janka Kupała. In 1955 the theatre was honoured with the title “Academic”.

The famous “thaw” which lead to a gradual reawakening of society and culture, put new life into the theatre. Barys Erin’s performances, as well as the striking performances by the young directors Barys Lucenka and Valery Rajeŭski combined new approaches with the best theatrical traditions.

In 1973 Valery Rajeŭski became the director general (later – artistic director) of the theatre. He would take this post until 2009.

In 1993 the Council of Ministers of the Republic of Belarus awarded the status of National theatre to the Janka Kupała Theatre for high achievements in Belarusian theatre life.

In 2009 a winner of the State Prize of the Republic of Belarus Mikałaj Pinihin became the artistic director of the Janka Kupała National Academic Theatre.

In 2010-2013 the building was reconstructed and partially rebuilt. The rebuilding resulted in the restoration of the historical look of the building, which it had in 1890 (in 1949 the theatre was reconstructed by Hieorhi Zaborski, and in 1958 the main front was rebuilt by Abram Duchan, who added side wings to the second floor and redesigned a few auxiliary premises). The reconstruction also significantly improved mechanical facilities of the venue. 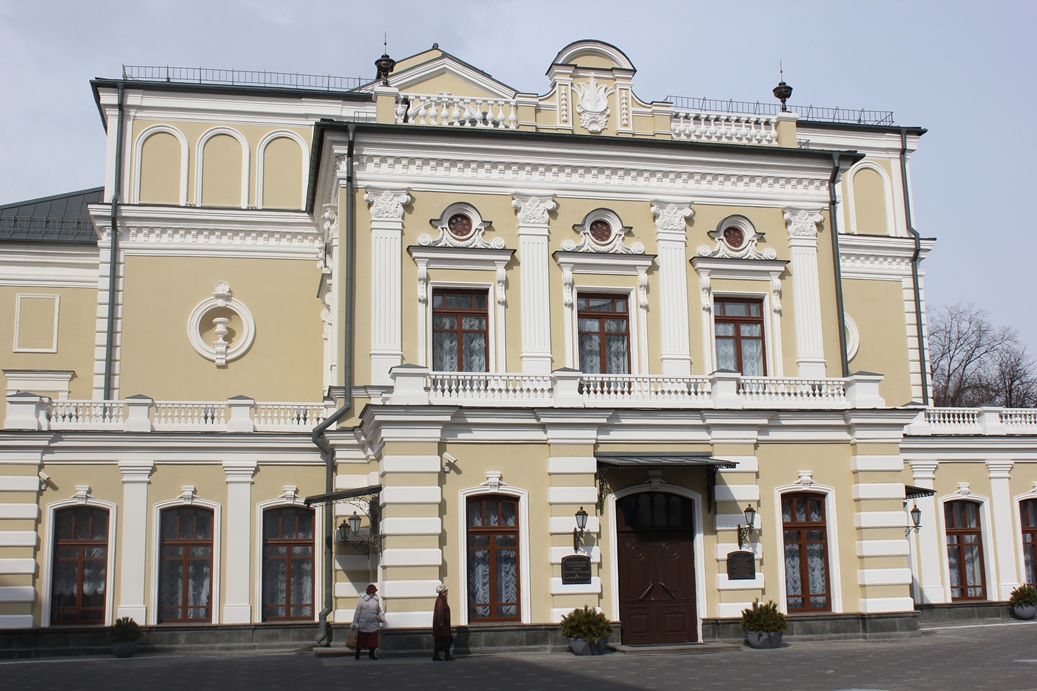