From 17 to 26 July 2019, the Janka Kupała National Academic Theatre toured across Paleśsie with Radio Prudok, the stage rendition of the journal by Andruś Horvat.

1200 kilometres, 10 days, 6 shows, four cities: Brest, Homiel, Pinsk, and Kalinkavičy. Almost 24 hours spent on the road and 12 more hours on stage (not counting the time spent rehearsing the play or getting the sets in). Sold-outs in each city with more than 600 spectators visiting the shows in total.

The performance has also updated its own records: in Pinsk it was performed for the 50th time and the total number of the spectators who saw the show reached 5000 people.

Radio Prudok was staged after the best-selling book by Andruś Horvat, the story of his return to his grandfather's village told in form of actual Facebook posts. These vivid and witty notes were transformed into an impressive and touching show, premiered on 16 May 2018. The show was produced with the assistance of the Ministry of Culture of the Republic of Belarus. The general sponsor of the production and the Paleśsie chronicles tour is velcom | A1. 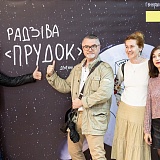 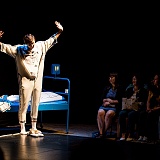 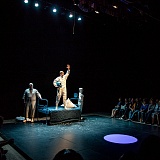 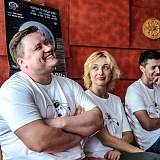 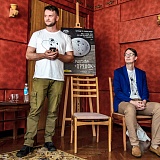 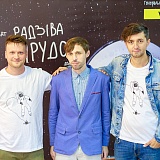